The Final Fisking of '15

John Hawkins thinks these are The 20 Best Quotes of 2015. I think I'll paraphrase them by way of rebuttal, or, rebut them by way of paraphrasing, however that phrase works. 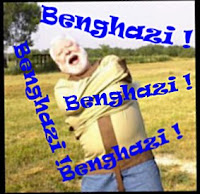 " -- Gym Teacher
14) "Hate crimes are the bees knees" -- Avid Frencher . . . of butts
13) "I deny that racism exists" -- Generic Gay Mind
12) "I'm ignorant because somehow in High School I didn't learn that George Orwell was a socialist" -- Robert Tracesoffecesinski
11) "The police are infallible" -- Carl "I'll bet this means something gross on urban dictionary" Jackson
10) "Greed is good" -- Bugged Dowlow
9) "Martin Bashir gave my MOM the old 'Carl Jackson'" -- Donald (Wait for it) CHUMP!
8) "I like to question the patriotism of freethinking iconoclasts" -- Jewnah Goldbug
7) "I'm a stupid moron with an ugly face, and a big butt, and my butt smells, and I like to kiss my own butt" -- Ass Cut Turds
6) "I hate gay people because I'm a big fag" -- Seven Dill Holes On
5) "I'm a big chicken traitor who's letting the terrorists win" -- Meat Ballsh
4) "Boo hoo, no fair, my fee fees" -- Zed Loose
3) "I'm so privileged and entitled and everything I think I should be allowed to disagree with underpriveleged voices who have been silenced for too long" -- Peegan McGargle
2) "I'm so evil I ridicule my own practical idea for peace in the middle east" -- Wayne Lap Pooer
1) "I am literally made entirely of racism" -- Snark Heaving
Posted by David at 6:25 PM
Email ThisBlogThis!Share to TwitterShare to FacebookShare to Pinterest
Labels: best of, Fisking, Sowell

Some People I Have Human Toilet Fantasies About